Rooms for music rehearsal and concert

Each week local music groups in Norway use more than 10.000 rooms for rehearsal and concert, many of the rooms are in schools. The size of the rooms vary from under 100 m3 to over 10.000 m3. The users cover a broad variety of music ensembles, mostly wind bands, choirs and other amateur ensembles. Analysis show that 85% of the rooms do not comply with the Norwegian Standard NS 8178:2014 "Acoustic criteria for rooms and spaces for music rehearsal and performance" and are unsuitable for the purpose for the music use they actually are used for.

This is one of the major problems for musicians in Norway - amateurs and professionals. Therefore, the Norwegian Council for Music Organizations («Norsk musikkråd») has been working with improving the rehearsal and concert rooms used throughout Norway. 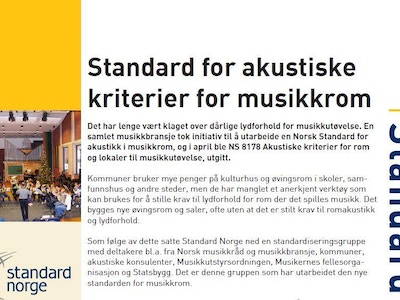 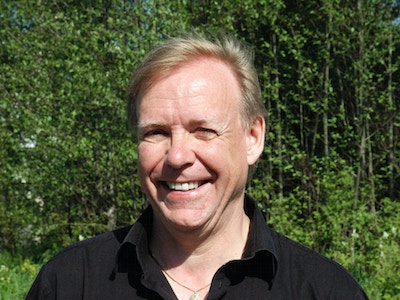